Illustration for a children’s fairy tale about a funny family of badgers. On the front plane of the illustration we see the Daddy the Badger holding a book of fairy tales which he reads to his children at night. Mommy Badger gently hugs her children. There are a lot of details in the illustration  that reveal the life and character of badgers.

The badger is not aggressive towards predators and humans, he prefers to move away and hide in a hole or to another place, but if he gets angry, he hits his nose and bites the offender, and then runs away.

This is the only weasel that hibernates for the winter.
Did you know that the badger has a wide range of sounds?  While searching for food he sniffs and puffs. When talking to each other badgers purr,  when frightened the badger screams loudly. 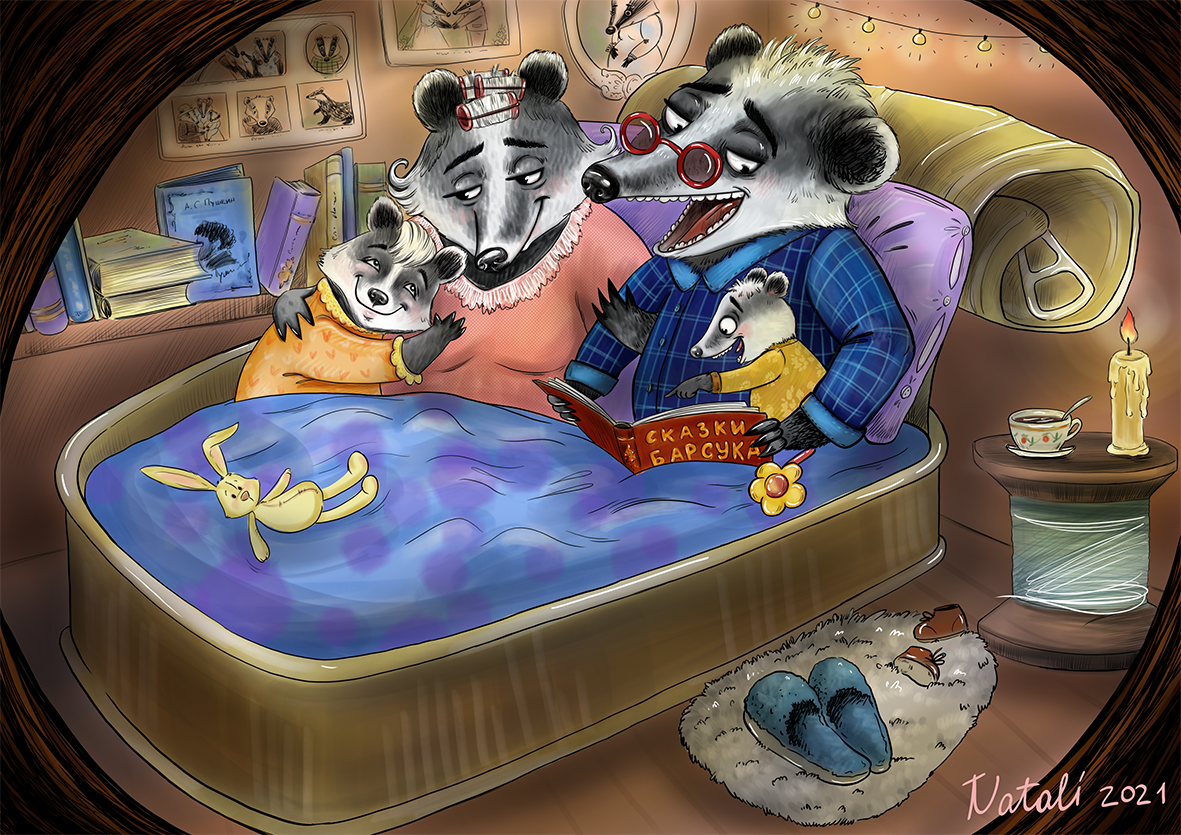